2 The Point News » Kelly's Panorama » Members Only » A PLENARY PRESIDENT 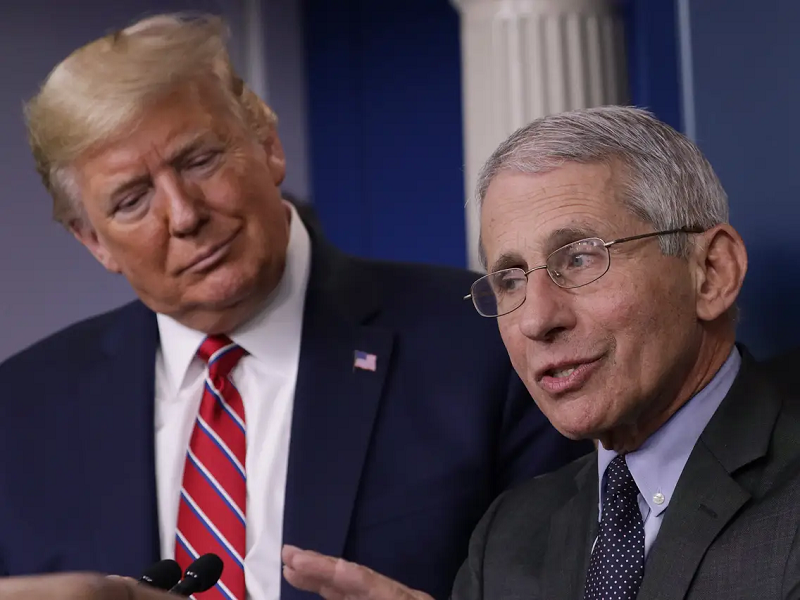 Drs. Anthony Fauci and Deborah Birx, the epidemiologists upon whom President Trump most closely relies for advice on how to deal with the Wuhan virus pandemic, are Democrats with ties to eugenicist eminence gris Bill Gates.

(Fauci stands to make a lot of money if Gates’ coronavirus vaccines are adopted.)

I don’t doubt Fauci and Birx are giving the best advice they can about how to contain the Wuhan virus, but it is colored somewhat by their political views, and by the narrowness of their professional careers, in which little attention is paid to tradeoffs.

So I’m mildly surprised the Guidelines for Reopening the Economy President Trump announced last Thursday (4/16) – which Drs. Fauci and Birx had a major role in drafting – are so remarkably sound and sensible.

Under the guidelines, more than half the states can begin reopening before May 1st, nearly all could reopen by Memorial Day. [Note: Jack Wheeler strongly disagrees, that we can’t wait beyond May 1st, much less almost a month later for the whole country. Yet he suspects that POTUS’ plan will end up forcing blue states to open up well before May 25th.]

As is appropriate in a federal republic, the president’s guidelines leave it mostly up to governors to decide when to do what – though Trump has said he’ll step in if a governor is derelict.

Democrats and Fake Newsers want to prolong shutdowns for as long as possible, in the hopes harming the economy will hurt President Trump’s chances for re-election.

But once red states reopen, there’ll be a clamor for it in blue states, and people who live in them will know who it is who is holding them back.

“Governors that slow walk re-openings past the data points laid out by the Fed government do so at their own peril as their own citizens will be furious,” said Chaos Actual.

Last week, when several Democrat governors argued they alone have the right to determine how and when to open up their states, journalists who’d been demanding the president shut down the entire country argued he doesn’t have the power to open it back up.

During a news conference, one reporter actually brought up the Tenth Amendment. That hasn’t been mentioned in decades.

The powers the National Emergencies Act of 1976 gives the president are plenary. That’s a word few journalists know. They should look it up.

Once declared, a national emergency remains in effect until (a) the president declares it over; (b) the president doesn’t renew it after a year, or (c) Congress passes a joint resolution (which the president can veto) declaring it over.

For two to three weeks more, most Americans won’t pay much attention to news that isn’t news about the Wuhan virus.

The MSM will find something bad to say, but most of that news will be about people going back to work, plunging rates of hospitalization and intubations, decline of the (grossly inflated) mortality rate.

Tests now under way will provide proof too great for Fake Newsers to ignore or spin away hydroxychoroquine and Remdesivir as effective cures. Panic will subside.

When most Americans are ready to pay attention to news other than news about the Wuhan virus, they’ll do so at a time when trust in the news media is at a nadir.

Millions of Americans who don’t pay much attention to politics are outraged by the puerile and venal “gotcha” questions Fake Newsers ask at the daily White House news briefings.

President Trump has followed their advice, say Drs. Fauci and Birx. They endorse his guidelines for reopening the economy, acknowledge the president shut down travel from China before they thought it was necessary.

That frustrates MSM efforts to drive a wedge between them and the White House, destroys the narrative Trump was tardy in responding to the crisis.

If journalists spin, twist, slant and lie outright about the pandemic, they’ll lie about other things too, many more normies now are prepared to believe.

That’ll be the time for indictments about Spygate, Democrat corruption in Ukraine, pedophile rings in high places to be made public.

Dems really have no choice but to try to trash the economy, but their premise is flawed. The most popular Democrat president ever was Franklin D. Roosevelt, who presided over the worst economic times in American history.

But FDR was hailed for his strong leadership in the Great Depression. His most popular program was the Works Progress Administration, which gave us, among other things, the Hoover Dam and the Tennessee Valley Authority.

The crisis has shown Trump in his element. He’s a doer and a builder. What he’s accomplished in so short a time by slashing red tape, personal diplomacy, and building public-private partnerships is truly amazing. We’ve seen nothing like it since the mobilization after Pearl Harbor.

The energy and command of facts the president displays at the White House news briefings is in ever sharper contrast to Slow Joe Biden’s brief, highly scripted public appearances.

Look at the face of Dr. Sanjay Gupta, a neurologist, as Slow Joe bumbles his way through this CNN interview. Gupta knows there’s no way their guy can compete with Trump in the fall.

Trump has been impeccably bipartisan in handing out praise to public officials dealing with the pandemic.

But as it becomes more clear the president has done his job – state stockpiles of ventilators and PPE (which most governors neglected) have been replenished, federal shelves left bare by the Obama administration after the H1N1 virus pandemic of 2009-2010 are restocked – Trump should confront Democrats more directly.

For Pelosi and Schumer to block additional funds for the highly successful small business relief program is unconscionable.

The optics of Congress being in recess during a national emergency are awful. Trump should follow through on his threat to adjourn both houses of Congress to make recess appointments. (That’s a court fight the president may win.)

The Wuhan virus could cause a world-wide depression. Europe has been hit harder, their socialist health care systems are less able to deal with it. China is beginning to acknowledge the virus has done far more harm there than previously acknowledged.

President Trump is incurring massive debt to prevent recession. This isn’t as worrisome as it first appears, because as a percentage of GDP, our debt is still less than it was in 1945 (113 percent).

Our debt then didn’t stop the United States from leading a post-war boom.

The frantic efforts of Democrats to include ballot harvesting and voting by mail in virus relief bills make clear they know the only way they can win in November is if they cheat, massively.

I doubt President Trump will let that happen. An anonymous writer in last week’s HFR noted a 1996 law, never implemented, declared ballot security to be a matter of national security. 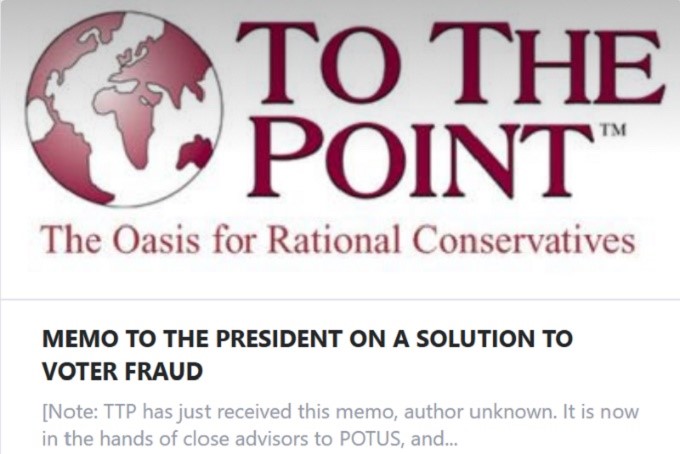 I noted above that during a state of emergency, the president’s powers are plenary. On or before Oct. 1st, expect him to declare national security requires displaying a photo ID to vote in federal elections, to direct the Department of Homeland Security to enforce the edict in polling places throughout the land.

Democrats will squawk, but there’s nothing they can do to stop him.