A DISASTER ENTIRELY OF BIDEN’S 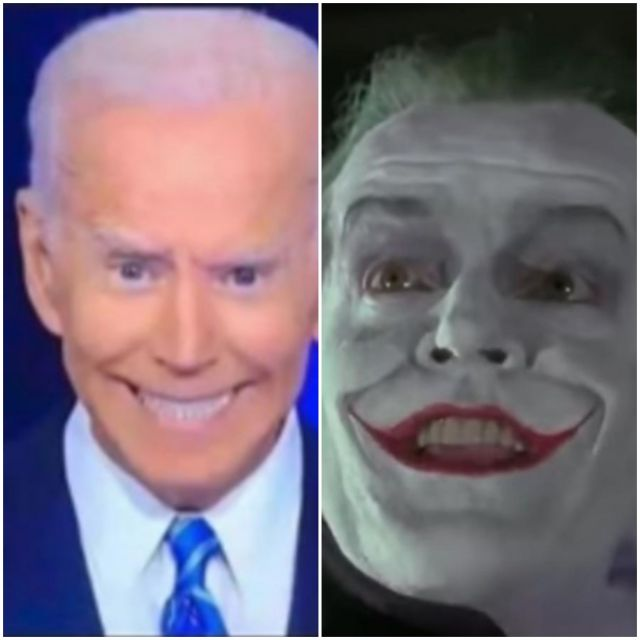 The more we learn about the true dimensions of the crisis at the U.S.-Mexico border, the worse it is.

On Sunday (5/16), the New York Times reports that in the last few months, U.S. authorities have encountered illegal border crossers not just from Mexico, or the Northern Triangle countries of Guatemala, El Salvador, and Honduras, but from 160 nations around the globe.

People are coming to Mexico from the most distant spots on the planet in order to cross illegally into the United States, confident that Joe Biden will let them stay. And Biden is doing just that.

“More than 12,500 Ecuadoreans were encountered in March, up from 3,568 in January,” The New York Times’ Miriam Jordan reports. “Nearly 4,000 Brazilians and more than 3,500 Venezuelans were intercepted, up from just 300 and 284, respectively, in January. The numbers in coming months are expected to be higher.”

And then there are the migrants coming from India and Asia. “Some reported taking buses in their hometowns to a big city, like Mumbai,” Jordan notes, “where they boarded planes to Dubai and then connected through Moscow, Paris, and Madrid, finally flying to Mexico City. From there, they embarked on the two-day bus ride to reach the Mexico-U.S. border.”

“Many of them are entering the United States through wide openings in the border wall near Yuma, Arizona, sparing them from the risky routes through remote desert regions,” the Times adds. That would be the border wall that Democrats and their allies in the courts and media did everything they could to stop President Donald Trump from building.

Now, the world is flooding in through gaps in the wall that Trump was able to build or strengthen.

Why are they coming? Because they have heard — correctly — that this moment presents a huge opportunity to enter the United States illegally without fear of being sent home.

“While most of the migrants do not necessarily understand the intricacies of U.S. border policy, many said in interviews that they perceived a limited-time offer to enter the United States,” Jordan writes. “Friends and family members already in the country, along with smugglers eager to cash in, have assured them that they will not be turned away — and this is proving to be true.

‘What we’re hearing back home is that the new president is facilitating entry, and there is demand for labor,’ said Rodrigo Neto, who came from Brazil.”

The situation is absolutely, completely, 100% Joe Biden’s fault. Yes, it is what many Democrats wanted. It is what many activists and commentators wanted. For that matter, it is what The New York Times editorial board wanted. But the fact is, it would not happen without the [ersatz] president of the United States making it happen.

The [ersatz] president could order border officials under his authority to enforce the law and turn away those who have no legal right to enter the United States other than at a port of entry.

But Biden does just the opposite. The [ersatz] president is not trying to stop the flow of illegal crossers. Instead, he is trying to accommodate (or promote) the flow, scrambling to find housing and living arrangements for those coming in. The message has gotten out to the world, and the world is coming.

The [ersatz] president, members of Congress, and most Americans would never tolerate such a situation at the nation’s airports or seaports.

When anyone flies into the United States from abroad, landing at, say, Atlanta Hartsfield or Chicago O’Hare or LAX, the U.S. government demands that every single person present documents showing that he or she has a legal right to enter the country. Would anyone advocate scrapping that system and letting anyone and everyone enter, with or without documents?

Yet that is the situation that Biden is not only tolerating but encouraging at the border. It is a grossly irresponsible, if not morally depraved, way to run immigration policy.

The United States, which like other countries has developed elaborate procedures to control who is able to enter and leave the country at its airports and other ports, has thrown the whole system away at the border.

Starting with the presidential campaign and continuing through his time in the White House, Biden has sent the message that virtually anyone can enter the U.S. and be allowed to stay. The crisis at the border is the result.

Note by Jack Wheeler: Neither the NYT nor York asks the critical question re: migrants coming from India and Asia. “Some reported taking buses in their hometowns to a big city, like Mumbai,” Jordan notes, “where they boarded planes to Dubai and then connected through Moscow, Paris, and Madrid, finally flying to Mexico City. From there, they embarked on the two-day bus ride to reach the Mexico-U.S. border.”

WHO IS PAYING FOR THIS???  The Chicoms, George Soros, who??? This is costing many millions for air tickets, food & housing enroute, bribes to government officials in every country and obviously Mexico.  This is an enormous complicated and expensive global operation.  So much so it is likely beyond the scope of a private operator like Soros – more likely an enemy government of the US – Communist China.

The Zhou Xiden Regime is bought and paid for by Beijing.  This illegal alien invasion of our country is a prime example of the outright war Communist China is waging against the United States of America – and of the Democrat White House, Department of Justice, FBI, CIA, and entire Deep State’s treasonous support of it. –JW

Byron York is a conservative contributor to a host of national publications.