A DAY TO CELEBRATE 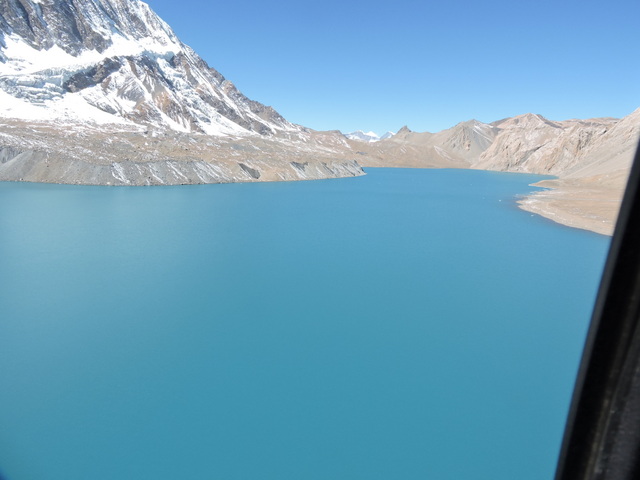 This is Lake Tilicho, the highest lake in the world at 16,200 feet in the Annapurna range of the Himalayas.  It was here, at about 11am Nepal time, 12 midnight New York time, that I learned by satellite phone that Trump had carried Florida, Ohio, North Carolina, and Iowa.

I broke down and cried, realizing that America might be saved from the Curse of Hillary after all.

Ereyesterday (11/07), I was at Lake Tilicho again, reliving that joyous moment… 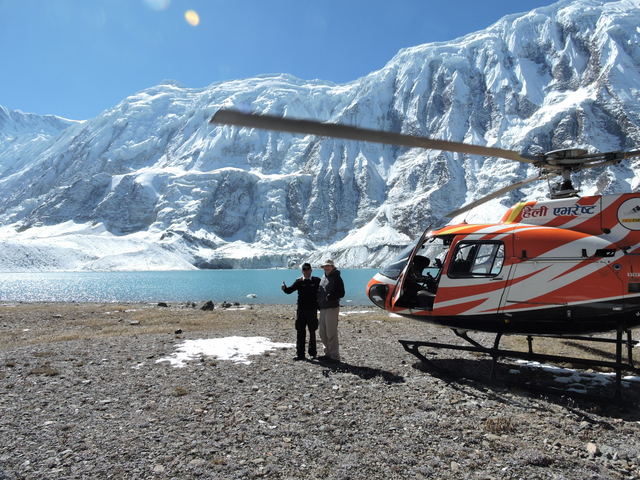 Yesterday, I was at the most beautiful lake in the world, Lake Phoksundo, in the most remote region of Himalayan Nepal, Dolpo… 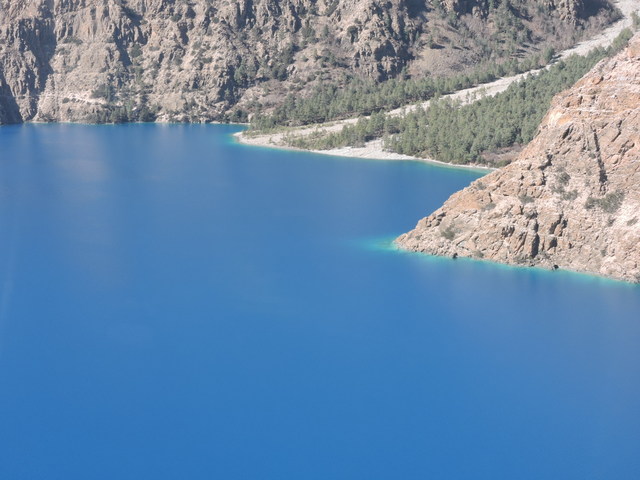 And today, November 9, I and the wonderful people with me completed my 4th Himalaya Helicopter Expedition to all eight of the highest mountains in the Himalayas, to stand in awe in the Annapurna Sanctuary at the base of Annapurna I towering above us at 26,545 feet… 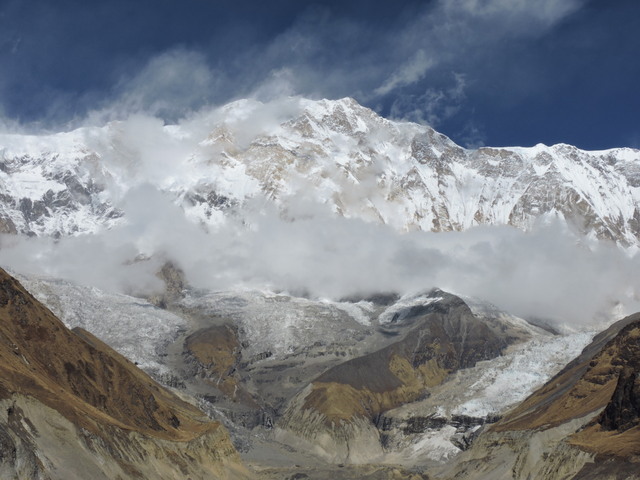 This is truly a Day to Celebrate, for me personally as November 9 is my birthday, for America as at 2:30am one year ago Hillary called Trump to concede thus making him the 45th President of the United States, and for the world as World Freedom Day – the day the Berlin Wall fell on November 9, 1989.

A year ago yesterday, November 8, 2016, America stood on the brink of absolute disaster.  The Left would be unleashed to complete its goal of destroying America’s culture, freedom, and economy, while the Clintons’ crime spree would remain totally hidden with their criminality continuing unabated.

The Left’s loss on the day remains unrecoverable for them.  They’ve wasted the last entire year living in a make-believe world of hate and denial.  This past weekend they were reduced to  “screaming helplessly at the sky” or fantasizing about a series of nationwide protest rallies so massive and persistent it would drive Trump to resign – only to laughably flop everywhere.

Meanwhile, the Democrat Party is falling apart at the seams, exacerbated by Donna Brazille having the chutzpah to attack Hillary for rigging the Dem primaries against Bernie when she was the one feeding the PIAPS debate questions against Trump.

The real problem is what it has been for the last entire year.  It’s not the Dems, the Left, the Lying Swine Fake News Media.  It’s the gutless putzes of the Pub Establishment that love their perks and power more than their country, and so refuse to support their President’s agenda – whether it’s Obamacare Repeal, building the Wall and denying DACA Amnesty, or Trump Tax Reform.

Yet even in the face of more hate-filled opposition from every corner of America’s elite than any POTUS has ever faced, what Trump has accomplished in the past year, and particularly since his inauguration less than ten months ago, is astounding.

Virtually by himself alone, he has become America’s Indispensable Man – as Victor Davis Hanson explains in There Is No Alternative to Trump for America’s Future (11/08).

How many of you had lost hope that America had any future at all not so long ago?  That hope has now returned.  The race is not yet over.  Trump may falter, we may lose.  But with every day that passes now, that fate recedes a bit further in the rear-view mirror.

This is a short note from far away.  It is a suggestion that you take a moment to reflect in gratitude all that we Americans have to celebrate on this day.  One year ago today, our country changed for the better. Vastly, almost unimaginably better.

Just as 27 years ago today, the entire world changed for the better.  Vastly, almost unimaginably better.

Most people all over the world back then could not imagine the Berlin Wall falling, portending the collapse of the Soviet Empire – much less than the extinction of the Soviet Union itself.

So I ask that you celebrate today – and commit yourself to help bring about the future for our country that is now possible.