2 The Point News » Guest Authors » Members Only » A BLIGHT ON AMERICA, A BLIGHT ON THE CIVILIZED WORLD 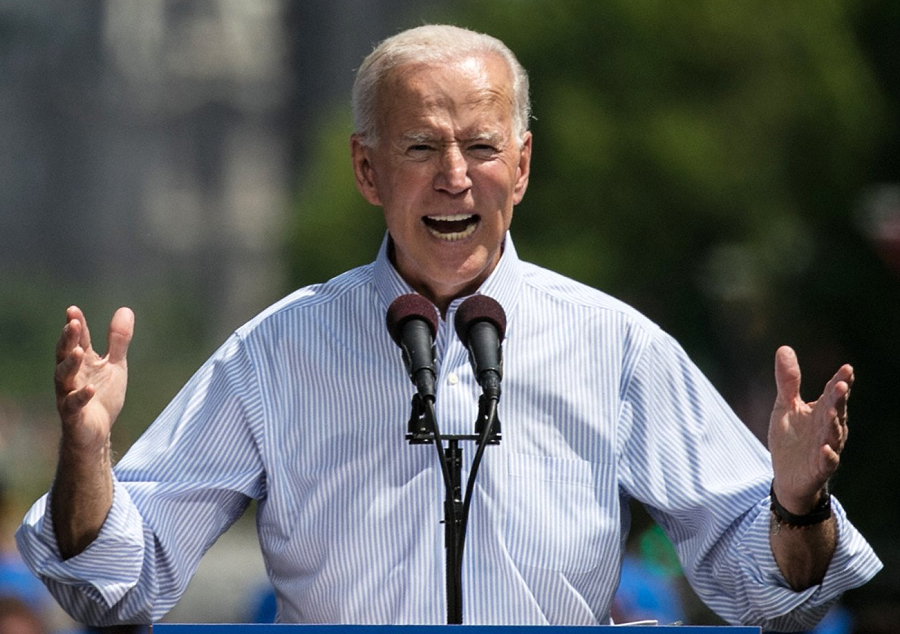 America can no longer tolerate this evil deranged man

Thursday (9/10), Mr. Biden delivered the most insulting, contemptuous, and divisive speech by a president in U.S. history.

We all know by now that Joe Biden does not care one iota about the American people.  His life’s work has been dedicated to enriching his own family, no more, no less.  And like the rest of the left, he has contempt for any and all who dare to disagree with him.

His is the most destructive administration in history.  He set out to undo the many successes of President Trump, and he has done exactly that: opened the border to all comers, ended our energy independence, destroyed the economy and job market, and instigated the worst inflation since the Carter administration.

His catastrophically idiotic withdrawal from Afghanistan has awakened previously unengaged citizens to the depth and breadth of Biden’s malicious incompetence.

He wanted to brag about ending the war in Afghanistan on the twentieth anniversary of 9/11, so he ordered American troops to cut and run in the middle of the night, leaving $90B’s worth of U.S. materiel to the Taliban terrorists.  And he has abandoned hundreds of Americans to certain death at the hands of the Taliban.

Afghanistan is now the best armed terrorist state on the planet.  Biden essentially handed the Bagram Airfield to China creating a dangerous Asian bloc with Iran and Pakistan that from this moment on is a threat to the rest of the world, most urgently India and Taiwan.

Biden and Biden alone is responsible for his capitulation to the Taliban, for leaving behind more armaments than most nations have, and for making the world a far more dangerous place.  He is not only a blight upon the U.S.; he is a blight on the civilized world.

So incompetent is the Biden Regime, Antony Blinken, Jake Sullivan, JCOS Austin and Gen. Mark Milley specifically, so clueless about national security is this bunch, so obsessed with CRT, equity, “white rage,” and the rest of the nonsense that qualifies as some tangent of social justice, they are not at all concerned about the hundreds of Americans held hostage in Afghanistan.

Nope!  They are on their own.  The State Department is even preventing private rescuers from leaving that war-torn nation that the Taliban is determined to return to the seventh century.

What offends Biden?  What is he truly worried about?  The unvaccinated!  In his addled mind, it is the vax-resistant who pose the greatest danger to mankind.  That the vaccines are failing does not alter his mindset.

In his speech yesterday, he falsely blamed the unvaxxed for “the pandemic of the unvaccinated.”  Most of the new cases are among the fully vaccinated, both here and abroad.  It is the vaccines that are creating the variants.  Every honest doctor and scientist says exactly that.  Even the most ignorant among the W.H. staff must know this.

And yet Biden doubled down on mandating vaccines despite the fact that there have been nearly 700K deaths and adverse consequences due to the vaccines.  More members of the military have died from the vaccines than COVID.

And as Biden crudely lectured and indicted the unvaxxed, he is importing hundreds of thousands of unvetted, unvaccinated, untested migrants from all over the world at the southern border and now from Afghanistan as well.  What gives?

Is he importing a replacement population by design while trying to kill off those of us who are native-born Americans with vaccines that not only do not work, but for many have dire side-effects such as death, injury, and illness.  Could this all be part of the globalists’ Great Reset?  Probably.  It all feels like part of someone’s grand plan.

We now know that COVID was engineered by China with the blessings, encouragement, and financing of Anthony Fauci.  Fauci is the Faust of American medicine, diabolical and wholly without moral sense.

There are many theories about why the powers that be in numerous nations around the world are so determined to shame every human to submit to an experimental gene therapy jab that will permanently alter their DNA.

Australia and New Zealand have lost their collective minds and have transformed themselves into fascist police states, right down to keeping their people locked in their homes and monitoring how much alcohol citizens may consume.  Is this where the Biden administration is headed?  Very likely, and the American people had better step up and scream STOP!

This must not happen here.  Biden cannot be the dictator he thinks he is.  He must be stopped.  Every governor in the country must ignore his tyrannous proclamations.  All Americans who value their constitutionally guaranteed freedoms must stand up for themselves and refuse to comply with Biden’s absurd, dictatorial mandates.  This is, or was, America.

Biden’s speech demanding that every person submit to an experimental vaccination was an abomination, an actual horror.  How dare an American president speak to the nation the way he did, as if we were all imbeciles, as if we were unable to access the volumes of information about the dangers of the vaccines?

As if we might trust him over the hundreds of doctors and scientists who advise against the vaccines for a host of medical and scientific reasons.

That speech will not make a single vax-resistant person submit to the jab.  It engendered sheer anger among most who watched it.  Biden is just reading, of course, so someone in his inner circle wrote what he was directed to read.  Biden clearly thinks he has credibility and the power to influence us all.  But this speech, more than all the other vacuous speeches, was the final nail in the coffin of his presidency.

This speech proved once and for all just how malevolent Biden and his fellow Marxists actually are, how determined they are to transform America into a version of Communist China, social credit system and all.  They do not see any of us as individual human beings, but as part of a mass of humanity to be dehumanized and controlled according to their oligarchical whims.

Unless masses of us rise up and refuse to comply with this administration’s scheme of mandated vaccination, testing, lockdowns, economic destruction, and all that that entails, we are over as a free republic.